Visit the amazing area of Pirin mountain and get closer the Bulgarian history with this day tour from Bansko. 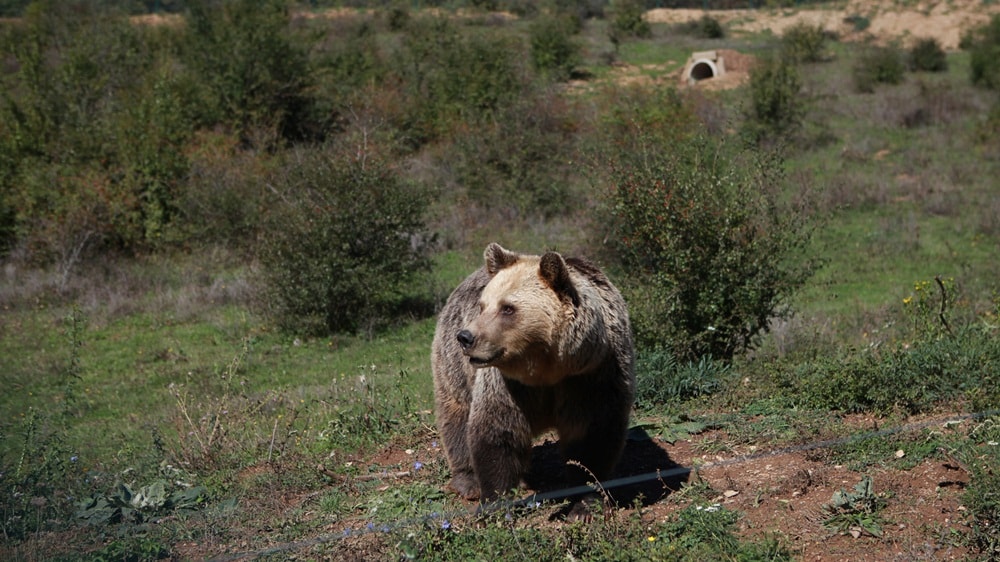 10:00 Pick up from your accommodation in Bansko
11:00 Dancing Bear park in Belitsa
12:0  Barbecue among nature
14:30 Visiting the Turkish Bath in Banya village
15:30 Transfer back to Bansko

The Dancing Bear park near Bansko

This is the first in the Balkans and Eastern Europe Center for rehabilitation of dancing bears, built on an area of about 120 acres, with the financial support of the International Foundation for Animal Rights “Four Paws”. It currently houses 13 bears, and soon will be able to accommodate all the dancing bears in Bulgaria. The Dancing Bear park near Bansko is the only of its kind in Bulgaria and Eastern Europe, and The park is composed of two parts connected by 30 foot secured bridge that can be freely crossed by the  bears.the largest and most modern in Europe harboring the victims representatives of the species. The first part of the Dancing Bear park was found in 2000 with an area of ​​1.2 hectares, the second one opened in 2004 with an area of 8.4 hectares.

Banya is one of the oldest villages in the Razlog valley near Bansko. Its founders and first settlers were the Thracians. This is confirmed by the remnants of an ancient Thracian settlement near the Roman bath in the village. Residues Thracian settlement in several places outside the village. At the beginning of the IV c. BC. E. Razlog and the Banya village came under the power of the Macedonian king Philip II, and later Alexander the Greatest.

This day tour is Private. No strangers will travel with you!
Friendly local tour guide
Breaks and photo stops at your convenience
Pick-up/ Drop off from your hotel
Pay only 20 % in advance and the rest at the end of the tour

Entrance fees (Stobs pyramids and the Rila monastery museum)
All transportation costs along the route, fuel, VAT and parking fees
Transfer with minivan
Pickup and drop off from your hotel